Vaping does feel very similar to smoking in terms of taste and nicotine satisfaction. Though not identical, the hand and mouth actions of vaping are also very close to those of smoking a cigarette. However, other sensations of vaping, such as smell, device texture and weight do not really resemble smoking at all.

Let’s look in more detail at how closely vaping and smoking resemble one another in terms of the sensations they produce.

People who have never vaped before are often surprised at how similar vaping feels to smoking when they start. It’s likely that vaping will give you a buzz, or nicotine hit when you try it for the first time. You may also notice how at first e cig vapour feels similar to warm tobacco smoke in your mouth and throat.

Although vaping is a great way to replace smoking, not all first-time sensations of vaping really resemble smoking at all.

The aroma of e cigarette vapour for instance, smells nothing like tobacco smoke, and this can surprise first-time users. Vapour from e cigs also tastes sweeter than tobacco smoke at first, feels softer on your mouth and throat and leaves almost no aftertaste.

Also, unlike with cigarette smoke, there is no energy-sapping carbon monoxide in e cigarette vapour. This means that you’ll probably feel more energetic with vaping, from the outset.

Despite these differences though, e cigarettes can provide satisfaction that does feel similar to smoking in several ways.

Firstly, vaping gives new users that crucial “throat hit”, which is the familiar “lump in the throat” sensation you get when you inhale cigarette smoke. In terms of physical response then, this aspect of vaping does feel a lot like smoking.

When you vape for the first time, you might also sense a mild nicotine buzz after inhaling. This feels less obvious than the buzz you get from smoking on the whole, but it can still feel strong enough make you feel dizzy.

Vapour from e cigarettes does not always feel as smooth as you’d like it to be. However, it’s easy enough to get vape smoothness just right with high VG nicotine salt e liquids.

Many new users achieve vapour smoothness by choosing refills and liquids carefully by scrutinising product ingredients. However, probably the best way to get a smoother vaping experience is to order vape liquid ingredients separately, and then mix them yourself.

Tobacco flavours vary in quality, but good ones can give you a lot of that “smoking” sensation when you vape. Indeed, using a realistic tobacco flavour in your vape can make your switch to vaping feel much more like smoking. The only thing you won’t get is get the musty taste (and aftertaste) of smoke that you get with cigarettes.

Naturally, the kit you choose is also crucial to getting a more realistic smoking feel in your vape. So be sure to go for only vape kits which are designed specifically for smokers. These kinds of device will give you a vaping experience which is much closer to the sensation of smoking in terms of nicotine satisfaction, draw, vapour texture, etc.

Use a mouth-to-lung vape pen, tank or pod with a narrow mouthpiece and a 1.0 ohm MTL coil will also give you a more cigarette-like feel. Finally, Firstly, choose high-PG nicotine salt e liquid with real tobacco flavour and at least 12mg strength. Finally, make sure to keep your airflow reasonably tight, and power low (7-10 watts).

Compared to actual smoking, you’ll find that vaping feels like a much cleaner way to use nicotine. And this applies to personal hygiene as well as to cleanliness in the home.

With vaping, although you get a similar cigarette taste, what you don’t get is the horrible smell of tobacco smoke. You’ve also got no dirty aftertaste, no stained fingers to worry about, and a nicer-smelling home.

It’s true that e-cigs can generate a fine residue after heavy and prolonged use in confined areas. But vape residue won’t stain ceilings or make your clothes and furniture smell as you’d expect cigarette smoke to do.

Vaping is a more comfortable way to quit smoking

The relative comfort of vaping is perhaps why e cigarettes are twice as effective as patches, gum and sprays for quitting smoking. And it’s precisely because vaping is so similar to smoking that e cigarettes have become such a popular way to quit.

Or instead, it may be more that when you’re used to smoking, the action of vaping feels so familiar. It could also be just because (unlike with NRT) you don’t have to wear, chew or swallow anything to make e cigarettes work.

You’ll probably find that when you start vaping, it doesn’t really feel like you’re giving up smoking at all. Or in other words, there’s not so much of the usual pain and discomfort you usually feel when you give up.

For me, the move to vaping from smoking was a smooth, natural and comfortable transition. It was as if I was getting the “gain” of quitting, but without so much of the pain.

Suddenly finding you have little or no appetite is a very common experience of starting vaping, just as it is with smoking. Feeling less hungry when vaping or smoking is caused mainly by nicotine. However, other aspects of vaping, such as the role of flavour on taste receptors can also play a role.

When it comes to vaping, however, not feeling hungry isn’t always a bad thing. And it may even be helpful if you’re someone who’s likely to gorge on snacks after quitting cigarettes. If you’re someone who’s worried about losing the appetite-suppressing benefits of smoking when you quit, vaping may be a useful way to ward off post-quitting hunger.

While nicotine in your vape will certainly have an initial effect on your desire for food, things often settle down after a while, as your appetite begins to normalise again.

Smokers certainly shouldn’t go into vaping expecting it to be a completely safe alternative to smoking.

However, you can at least feel some reassurance about the relative safety of e cigarettes from the facts we have so far. The official message from official UK health authorities is that e cigarettes are “almost certainly significantly less harmful than smoking”.

This official advice follows on from recent research by Public Health England showing that e cigarettes are around 95% less harmful than tobacco. This news should give at least some comfort to those thinking of starting vaping to quit smoking.

No one’s saying that vaping’s free of risk – or even that it’s less harmful than other quit methods. However, we can at least feel more secure in the fact that vaping is a whole lot safer than smoking tobacco.

Does vaping make you feel dizzy like smoking does?

New vapers can experience mild side effects with vaping like sickness or dizziness at in the early stages. And, as is also the case with heavy or chain smoking, a feeling of sickness can happen if you vape too much or too often at first. Sickness and dizziness can be also be due to reactions to nicotine in vape liquid.

If you’re getting any adverse reactions like dizziness from vaping that are worrying you or that continue, it’s best to get medical advice to put your worries at ease.

Feeling disappointed with vaping as a smoker

Though not everyone has negative experiences when switching from smoking to vaping, some people can end up feeling disappointed.

You’re more likely to feel disappointed with vaping as an ex-smoker if your expectations are too high to start with. For example, expecting your e cigarette to taste and feel exactly like a real cigarette is a common misconception that’s bound to end in disillusion. There are quite a few things you can do to improve the the taste and texture of your vape. However, new users usually lack the knowledge to fix these things themselves.

Ex-smokers beginning vaping can also find themselves getting frustrated when they can’t get their device to do what they want it to do. Typical problems include getting dry hits (inhaling vapour from a dry coil), issues with power settings, and leaking or noisy tanks. All of these issues are pretty common and can damp your newfound enthusiasm in vaping if you’re a smokers who’s just getting started.

Does vaping feel as good as smoking?

Vaping can only give you some of the pleasure that cigarettes can provide. However, vaping can still provide equivalent satisfaction in other ways. E cigarette tobacco flavours can be enjoyed to the full, and without the distraction of cigarette smoke. Likewise, nicotine, vapour texture and manual actions of vaping offer similar satisfaction to smoking.

Do you feel healthier when you first start vaping?

In the first 1 or 2 weeks of vaping and no smoking, you can expect to feel healthier and more energetic than you did before. It’s true that some people can experience side effects like headaches and hiccupping when they first begin vaping. But this is not always the case for new users. 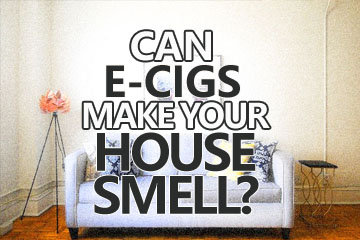